In 2000, the Arizona School Facilities Board (ASFB) performed field investigations of the public school campuses in Flagstaff to identify deficiencies within these facilities that were below minimum standards. This investigation occurred on 16 elementary school, middle school, and high school campuses. The scope of work consisted primarily of complete replacement or system upgrades to outdated and under performing heating, plumbing, fire sprinkler, and electrical distribution systems.

In 2001, smithARCHITECTS (sA) in joint venture with Rhodes & Associates and a team of MPE consultants was awarded the design contract for correction work on 12 of these campuses. sA performed extensive field investigations of each campus to familiarize themselves with the identified deficiencies. sA worked very closely with Flagstaff Unified School District, Heery Int’l. (owner representative and project manager) and our MPE consultants to analyze these deficiencies and present design solutions. Extensive HVAC work was performed at several of these schools, which included: replacement of existing air handlers and boilers, new ductwork and piping, outside air intake and dampers, and in some cases, installation of entirely redesigned systems. Existing air handling equipment was out-dated and extremely inefficient, as a result every effort was made to specify new high-efficiency equipment. Scope of work also included extensive modifications to existing fire sprinkler systems that were leaking or did not provide complete coverage to some areas of the schools. Existing lighting levels in many classrooms were below minimum standards and were utilizing out-dated, inefficient fixtures. The design team provided new system designs to replace these existing systems with high efficiency, direct/indirect fluorescent fixtures that provided a much nicer learning environment.

The project delivery method for this project was a traditional design/bid/build process. However, because of the nature of extensive renovation work, this method evolved into much more of a team approach. As areas of existing construction were exposed, new challenges presented themselves; the owner, design team, and contractor worked together to investigate the situation, present solutions, review costs, and finally implement the selected design solution. 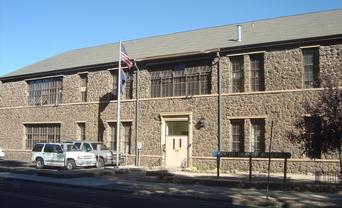